If you want to get motivated, here’s a list of quotes that will help you out. I always find these words inspiring and helpful to get the perfect mental state of

progress. Bookmark this post and come back anytime you need to get ready for action.

There you have it. These were 100 motivational quotes to boost up your morale and get ready for tackling your dreams. Which one did you like the most? Share it with us in the comments. 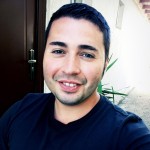